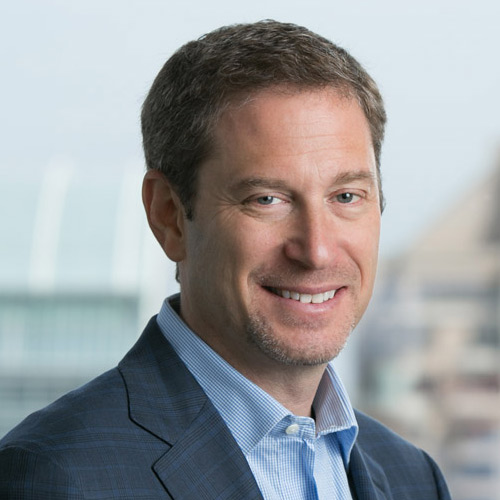 Marc Lefar currently serves as Senior Advisor to Arcspring, a next generation private equity firm that creates value through analog-to-digital transformations. Through December 2020, Marc served as the Chief Executive Officer of RentPath, a leading digital marketplace connecting millions of consumers with apartments, condos and houses for rent through its network of websites and mobile apps, including ApartmentGuide.com, Rent.com, and Rentals. RentPath was recently acquired by Redfin.

Marc recently served as a Director and member of the Executive Committee of cxLoyalty a leading provider of engagement solutions that help clients drive deeper connections with their customers through an extensive range of content, technology and analytics (majority sale to J.P. Morgan Chase, December 2020). He is a past Director of ClassPass, a digital marketplace for the fitness industry serving thousands of gyms and studios, and IPC Systems, the leading provider of communications for the financial services and trading communities.

Over his 35-year career, he has developed a unique blend of global marketing, financial and operational expertise. Prior to joining RentPath, Marc was the Chief Executive Officer of Vonage, a position he held from 2008-2014. Under his leadership, the Company underwent a comprehensive financial, operational and strategic transformation resulting in the successful expansion into new markets while driving dramatic shareholder returns. In addition, he served as occasional rhythm guitarist and reluctant back-up vocalist for the in-house Company rock band, The Vonabees.

Prior to Vonage, he was the Chief Marketing Officer of Cingular Wireless, now AT&T Mobility, responsible for all aspects of marketing strategy and execution. Marc played a lead role in the $40B acquisition and integration of AT&T Wireless into Cingular in 2005 and later worked with Steve Jobs and his team during the development of the exclusive partnership to launch the iPhone. He spent the first nine years of his career at Procter & Gamble initially in Finance, then Brand Management in the U.S. and Eastern Europe.

Marc is a frequent guest lecturer on the topics of strategy, marketing and global commerce and serves on the Board of Advisors of the McIntire School of Commerce at the University of Virginia. He was honored as the Commencement Speaker in 2018.

In 2011, he was appointed by President Obama to the National Security Telecommunications Advisory Committee, a role he held through 2016.

Marc is active in several organizations battling homelessness, including Open Doors where he serves on the Board and Chairs the Technology Committee. Open Doors lowers barriers and increases access to affordable housing by connecting property owners with carefully-screened tenants who have the support of quality service providers. In addition, he is on the Advisory Board of the Gateway Center, which provides a trauma informed and a client-centered environment where individuals can receive the assistance they need to end their homelessness and achieve self-sufficiency. He is a past Director of the Make-a-Wish Foundation of Georgia and Alabama.

An inventor, Marc holds two U.S. patents and has five additional patents pending. He is an avid tennis player, fitness enthusiast and fan of college basketball.